Autism and Neurofeedback by John Mekrut 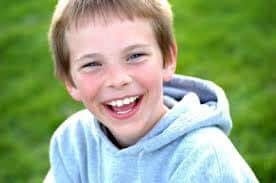 How it can Help

Many researchers, physicians and other practitioners believe that neurofeedback should be an early intervention in the autistic spectrum. Given what we now know about brain function and the role neurofeedback can play in enhancing it, I believe that it should be the very first thing undertaken by any family whose child is suspected of starting to exhibit autistic symptoms. Families already involved in other therapies should consider adding neurofeedback in early, as a high priority, as it provides foundational support for the success of those other therapies.

My name is John Mekrut and I own and operate The Balanced Brain, a neurofeedback, or “brain training” center here in Studio City. The majority of my day is devoted to providing neurofeedback (also known as EEG biofeedback) brain training to alleviate the symptoms of a variety of conditions including ADHD, anxiety, migraines, PTSD and more. But I have developed a particular specialty treating spectrum disorders in children and young adults, after witnessing, first-hand, the remarkable gains my own daughter (diagnosed with PDD-NOS) has made in self control, social interactions and general academic performance with neurofeedback brain training. Being able to withdraw from her complicated cocktail of medications was an additional and wonderful benefit.

Therapies for autism can be generally divided into two approaches: those that address the biomedical causes of ASD; and those that attempt to ameliorate the behavioral consequences. Neurofeedback is often viewed as fitting into the consequences category, and indeed neurofeedback trainers are largely mental health practitioners. But, since neurofeedback addresses behavior at the level of the brain itself, we can see that this intervention creates a new paradigm. It can affect both cause and effect.

From a brain perspective, neurofeedback addresses two major aspects of spectrum disorders: the state of heightened arousal of the brain that is evident in all our kids, and the underdeveloped functional connectivity of the neural networks that connect various parts of the brain.

An over-aroused brain is not able to learn and neurofeedback training very quickly teaches the brain to observe and then to regulate its activity, to calm itself down. Think of it as a guided mediation technique, assisted by an engaging computer graphic interface. Sensors are attached to the head as the child sits in a comfortable chair or in a parent’s lap and various video “games” are shown to the child. The child’s own EEG controls the images, changing what happens on the screen. The brain quickly recognizes its ability to alter the images – that’s the “feedback”. The loop is observed and reinforced hundreds of times during a session, using auditory and tactile cues as well, to further engage different sensory systems. The resulting stabilizing and reduction of reactivity in the brain is the starting point of better brain function.

People with ASD also have underdeveloped connections between various areas of the brain. Brain plasticity, the recent discovery that the brain can change throughout life in response to stimulus, has an adage: “Neurons that fire together, wire together.” By using different placement of the sensors, neurofeedback trains specific areas of the brain to promote more robust “wiring”, to enhance the connections. This increase in functional connectivity not only helps with the consequences of other biomedical deficits, but also gets at the root of many of the dysfunctions due to the lack of developmentally appropriate wiring.